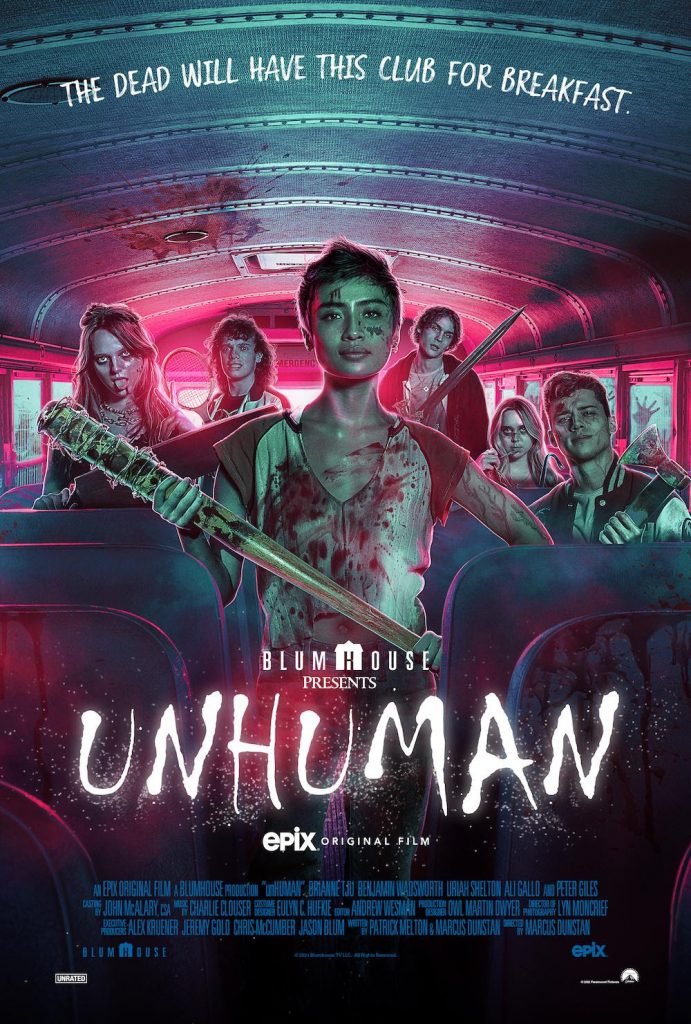 Marcus (THE COLLECTOR, SAW franchise) Dunstan’s latest foray into fear is UNHUMAN, landing on digital platforms June 3 from Blumhouse and Epix in partnership with Paramount Pictures. I am thrilled to announce Reverend Entertainment created the film’s special features which will be included when the title is purchsed on Appletv* and elsewhere. UNHUMAN is anchored by Brianne Tju who leads a fantastic cast in the story of a group of high schoolers who end up stranded after a bus crash, finding themselves preyed upon by some terrifying, and surprising, evil. The film can be pre-ordered now on Amazon (special features not included when purchsed on Amazon) and other streaming servies, and will also be available on the Epix channel. Special feature details will be announced at a later date. No word yet on a physical release date.

SYNOPSIS
A group of high school students whose school bus crashes on a field trip. Relationships are tested once they realize they are being stalked by an attacker who intends to drive them out and straight into a horrifying fight to survive.

* article will be updated with links on where to watch once they are all available. Appletv link not yet available.