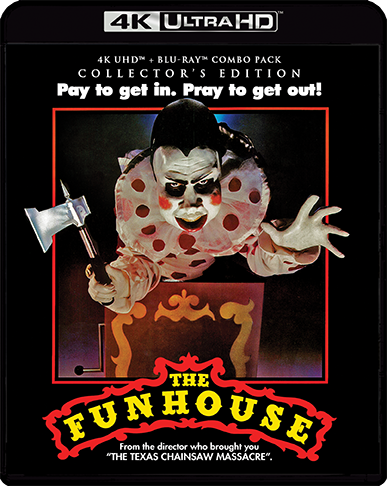 Tobe Hooer’s THE FUNHOUSE is now available on 4k/Blu from Shout! Factory/Scream Factory with new Reverend Entertainment special features. You can order THE FUNHOUSE at ShoutFactory.com, Amazon, and wherever you get your discs. Details below.

“… The Funhouse really excels as Hooper takes excellent advantage of the setting … plus it’s got a terrific twist with its killer that makes it one worth seeking out.” – Charles Webb, MTV

On her first date with Buzz (Cooper Huckabee, True Blood), Amy (Elizabeth Berridge, Amadeus) disobeys her father and goes to the carnival with Richie (Miles Chapin, Hair) and Liz (Largo Woodruff, The Ladies Club) … but their first date may end up as their last. After witnessing a murder, the four terrified teens are trapped in the maze of the Funhouse and stalked by a real monster: a horribly deformed killer who lurks among the freakish exhibits to butcher them one by one! Also starring Sylvia Miles (Midnight Cowboy) and Kevin Conway (Invincible) in three roles, The Funhouse features special makeup designs by the ingenious Rick Baker (An American Werewolf In London, Ed Wood). 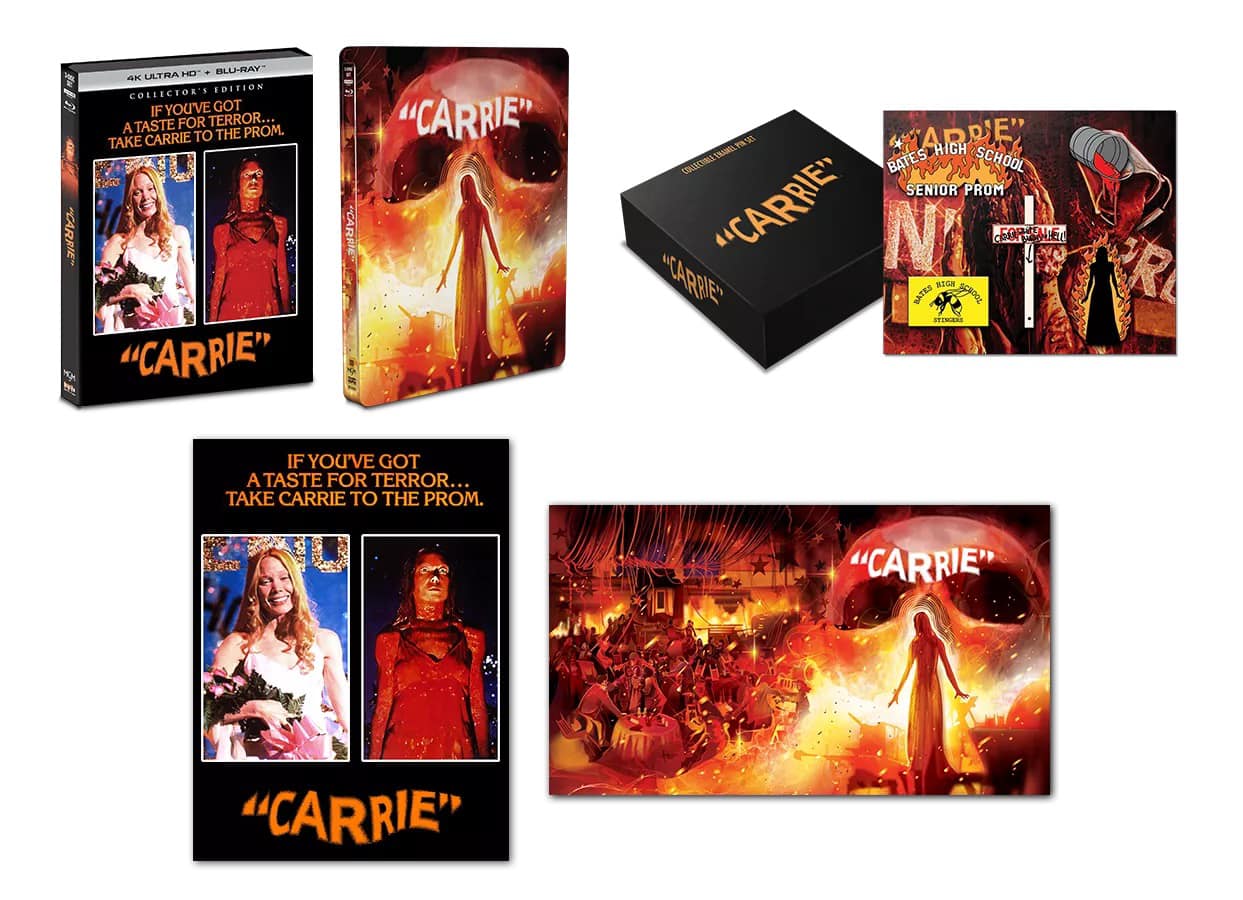 Brian De Palma's CARRIE lands on 4k from Shout! Factory and Scream Factory this December 13 and...

Rolfe (THERE'S NOTHING OUT THERE) Kanefsky's 2006 mind-bending mountain shocker NIGHTMARE MAN is...