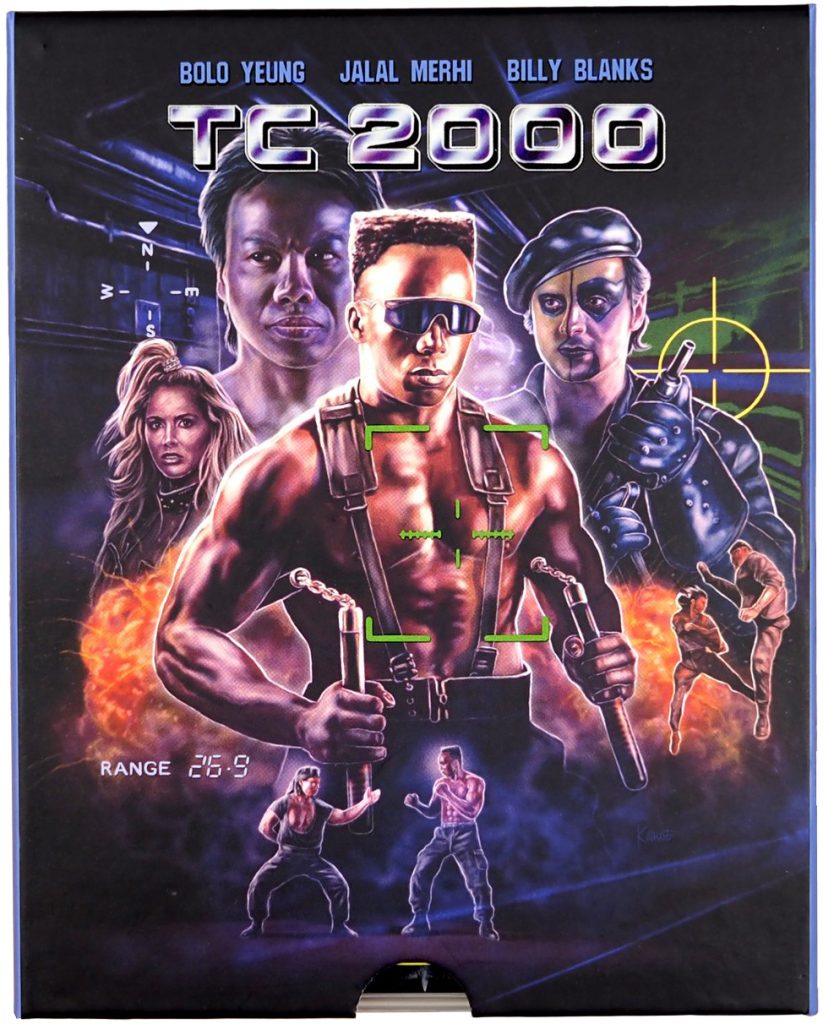 SYNOPSIS
In the near future, a catastrophic environmental event has forced most people to live in underground facilities and only the poor are left to live on the surface, forming gangs in order to survive. Jason Storm (Billy Blanks) is part of an elite group of guards known as TCs (Tracker Communicators) that are tasked with protecting the underground. But, when a group of criminals led by Niki Picasso (Jalal Merhi) infiltrate the underground and attempt to kill Storm’s partner Zoey (Bobbie Phillips), Storm soon learns about an experimental program to turn the TCs into cyborgs. Teaming up with a freedom fighter from the surface named Master Sumai (Bolo Yeung) Storm must stop Picasso and uncover who is behind a conspiracy to wipe out all the remaining people living on the surface world.

A rare sci-fi martial arts film produced by action aficionado Jalal Merhi, TC-2000 is as impressive with it’s complex futuristic world building as it is with its action choreography. Featuring Billy Blanks (Bloodfist, The Last Boy Scout) in one of his early leading roles, along with strong performances and fight scenes from co-stars Bolo Yeung (Enter the Dragon), Jalal Merhi (Tiger Claws) and Matthias Hues (Dark Angel), Vinegar Syndrome Archive is proud to present this unique martial arts film for the first time on Blu-ray and scanned in 4k from its original camera negative.