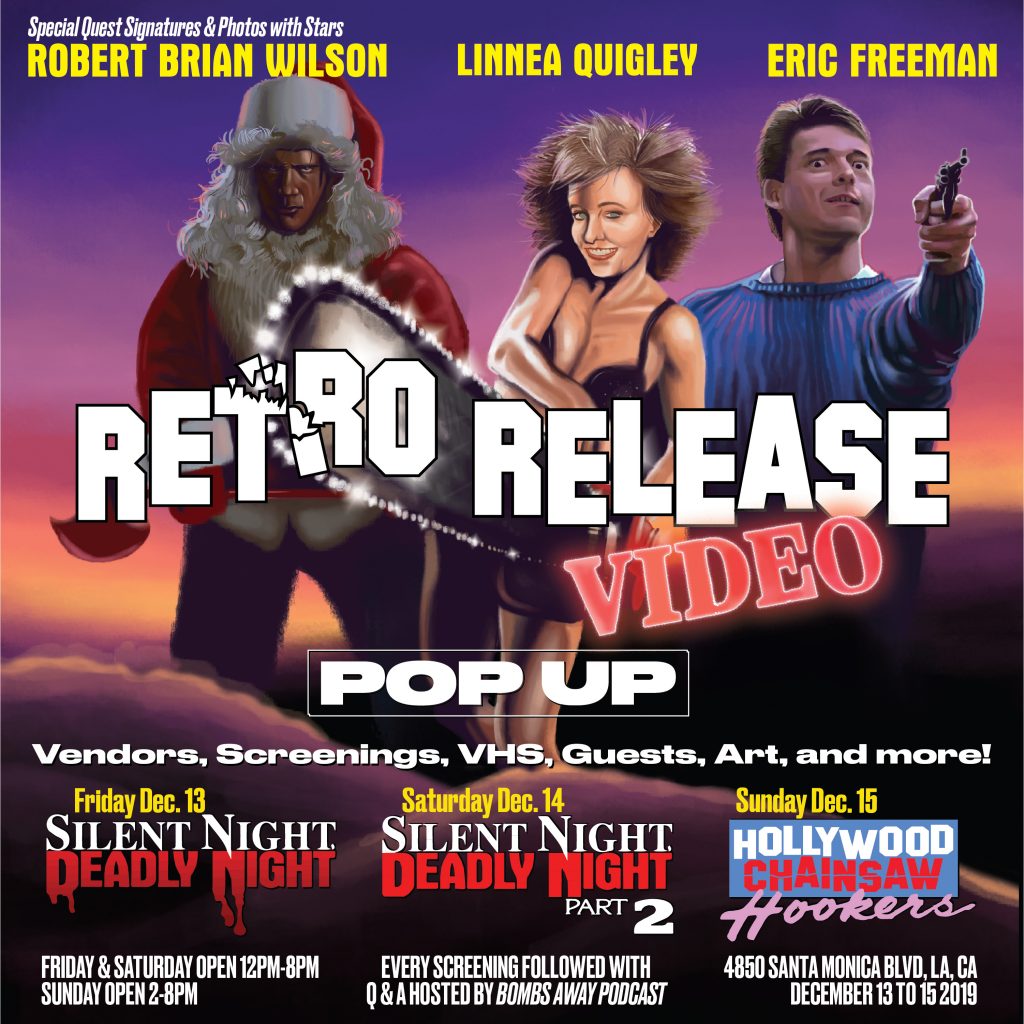 I will be appearing at Retro Release Video’s pop up event in Los Angeles on Friday, December 13 and Saturday, December 14 along with my pals Robert Brian Wilson Eric Freeman, and Linnea Quigley. This event will be an immersive experience in a “video store” environment all decked out appropriately for screenings of SILENT NIGHT, DEADLY NIGHT (Friday) and SILENT NIGHT, DEADLY NIGHT PART 2 (Saturday) with Q&A (where I will join Brian and Eric) after each hosted by the Bombs Away podcast crew. Sunday will see a screening of the Fred Olen Ray cult classic HOLLYWOOD CHAINSAW HOOKERS as well. The event takes place at St Joseph Shop and Coffee on Santa Monica Blvd.

The pop up is much more than a screening event, with all-day events, vendors, signings, an art display, and more, all taking place in the video rental store environment we all miss so much. I have a long history with both of these films dating back to when I was a kid and avid fan of both. Fast forward to 2013 when I was the head of media relations and publicity for the theatrical re-release of the original SNDN. Years later, when their Anchor Bay deal was set to expire, the producers teamed up with me and we took the first film to Shout! Factory/Scream Factory, which resulted in a fantastic Blu-ray I produced. A year later I produced the Blu-ray for Part 2.

On top of the fun to be had at the event, Saturday night is my birthday! Going to be a blast.

Tickets and info can be found HERE. 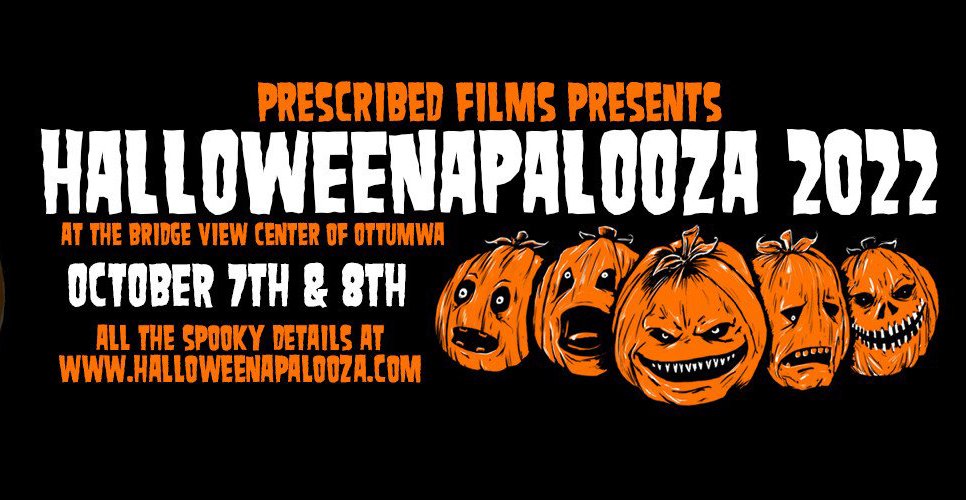 APPEARANCE AT HALLOWEENAPALOOZA IN IOWA OCTOBER 7, 8

I am excited to return to Ottumwa, Iowa for Prescribed Films' Halloweenapalooza this October 7-8.... 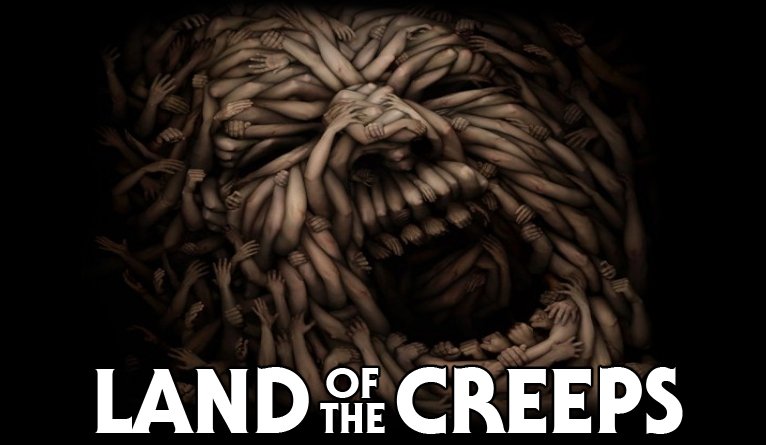 Guest on Land of the Creeps