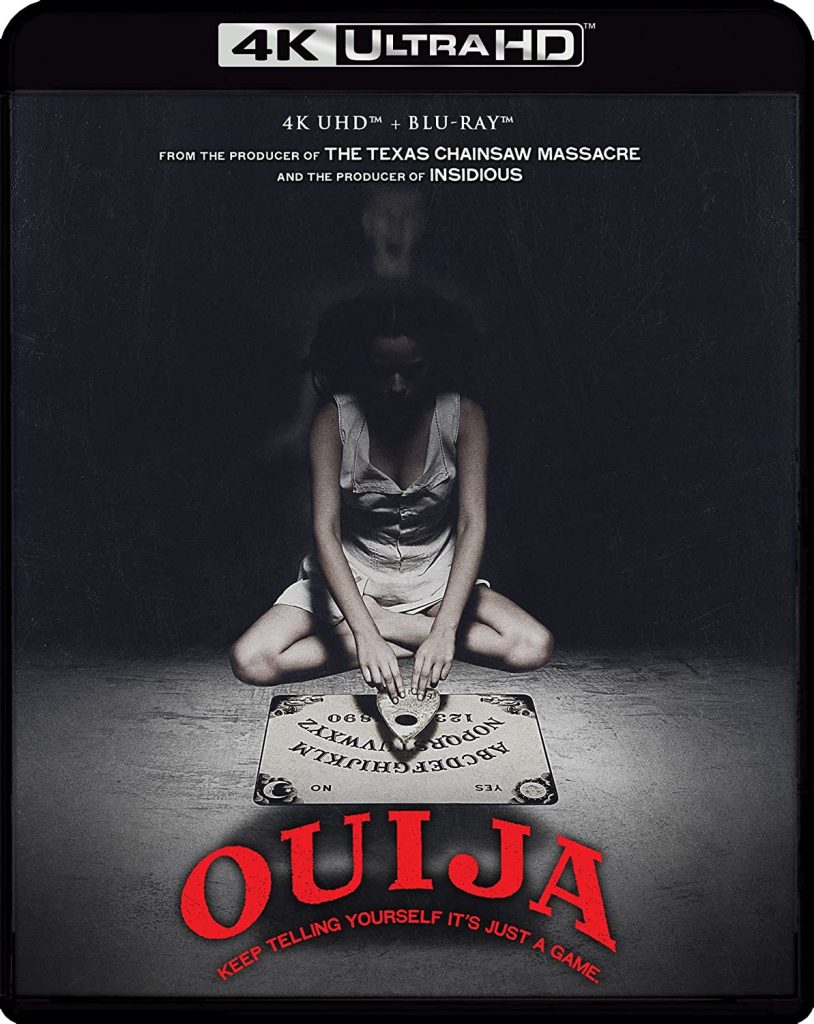 OUIJA lands on Scream Factory 4k January 10, complete with Reverend Entertainment special features, which have been announced. In addition to the fantastic new 4k trasnsfer you get two new audio commentaries. First up is a fascinating, in-depth track from director/writer Stiles White where he details the project from concept to release and beyond. The second track is an expansive discussion I had with producer Brad Fuller where, in addition to breaking down elements of OUIJA’s production, we walk through Fuller’s career, Platinum Dunes and their iconic work in the horror genre, and much more. You can pre-order now at ShoutFactory.com and Amazon. Full details below.

HOW FAR WOULD YOU GO TO MAKE CONTACT WITH SOMEONE YOU LOST?

From the producers of The Texas Chainsaw Massacre and Insidious comes a supernatural thriller in which a group of friends must confront their most terrifying fears when they unwittingly release a dark power from the other side. What started as a game will unleash an evil only they can stop. Olivia Cooke (Ready Player One), Douglas Smith (The Bye Bye Man), Bianca Santos (The DUFF), and Daren Kagasoff (The Secret Life Of The American Teenager) star in this relentlessly chilling ghost story.