First let me tell you what VICTOR FRANKENSTEIN isn’t: a “bromance,” as so many reviewers have been fond of dismissively branding this unique angle on Mary Shelley’s familiar mythology. It IS a grand, beautifully exhibited story about bold science, uncompromising obsession, rebirth, religious hypocrisy, and ultimately, a love letter to life and hope, and is absolutely worth seeing.

The tag “bromance” is perhaps prescribed because writer Max Landis chose to center the film on the characters of Victor Frankenstein (James McAvoy) and Igor (Daniel Radcliffe), but I would arg

ue it is quite the opposite. Instead of two men sharing a vision and working in tandem to advance science, we have a much more complex story about a circus geek savant (Radcliffe) gifted in medicine who starts out miscast in life as the punching bag of a traveling tent show, and, after impressing the complex Dr. Frankenstein, ends up a crucial player in one of mankind’s greatest/worst experiments.

Frankenstein is insular in his work, essentially farming out only the most confounding elements to his new assistant. While Frankenstein gives Igor new life in transitioning him from keeled over clown to upright high society mingler, he never completely opens up to his new partner. Igor revels in his new life and asks few questions as he does Frankenstein’s bidding, all the while watching his new master come unhinged from across the room. The climax finds the two at odds not only with each other, but with the very thing their science has birthed.

That being said, the story really IS about two men and their complicated coexistence, and I believe this is where many critical voices seem to have diverged from the material. Audiences are not accustomed to male/male relationships outside of combative, comedic, or familial situations, but I think this is changing. HANNIBAL is a great example of a story focused on two men and their push-pull to and from each other, beautifully (ahem) fleshing out a layered tale that can be interpreted any number of ways. VICTOR FRANKENSTEIN has moments  between Igor and Victor that would instinctively feel romantic, but that tension and ambiguity is

part of the power of this movie. They are not in love, but they have common passions and a rare brilliance that once isolated, and now binds, them, so the magnetism between them is shared like love would be.  Not everyone seems willing to allow them to exist as purely driven, talented, insanely passionate people without trying to mold their arc into familiar framework. Storytelling is storytelling and relationships are relationships, regardless of gender.

The charm of this story is in its orbit around the historically under-explored character of Igor, here less interested in playing God than in simply having a chance to exercise his natural skills. Radcliffe is fantastic, fragile, and full of child-like wonder in his turn. Igor is no bumbling apologist. Here he is as brilliant, perhaps more brilliant than his caretaker and colleague. Lovely consideration for a role usually played as something of a fool. Side note: it is great to see Radcliffe once again embracing horror.

McAvoy’s Frankenstein is the standout in the production, managing to find the line between madness and selfless dedication to something greater for mankind. He is riveting in his portrayal, especially fantastic when among the masses where his blend of confidence and lack of filter keeps one foot in trouble and one in impressive impression. His plight isn’t for fame or compensation. It is for the evolution of humanity, a key note rarely played in genre science cinema. Madmen are usually out for themselves, but here Landis’ character of Frankenstein is a scientific socialist, unable to back down from any challenge to the merits of his work because he is steadfast in believing it will better us all. “Life is temporary, why should death be any different?”

The largely practical monsters in the film are spectacular, particular Prometheus at the climax. The production is expansive, and Fabian Wagner’s cinematography is stunning.  Radcliffe and McAvoy are fantastic, but also along for the ride are Charles Dance as Victor’s bleak father, and Andrew Scott as the mad, obsessed Inspector Turpin, making for a stout roster of impressive performers. VICTOR FRANKENSTEIN is a thoroughly enjoyable film that offers fans of the Frankenstein mythos something wholly new to chew on. This isn’t about a monster cutting a swath of destruction. It is the story of two men and their creations standing at the intersection of science, religion, evolution, and the apex realization that life means something in all of its various states.

We need to stop forcing our art into molds. Allow each film to stand on its own merits and live and die by its own hands. I am as big a FRANKENSTEIN fan as you are likely to find, and although rare, I am overjoyed when writers and filmmakers approach the mythology from a different angle. I love obtuse, challenging, and fresh with everything I imbibe. With a story first published in 1818, we have almost 200 years of various interpretations of this tale, yet few have been willing to lay a new foundation and build something truly unique out of the key elements and characters we all love so much. Max Landis and director Paul McGuigan have done just that. It was one of my favorite theatrical experiences of 2015, and now has a packed blu-ray release for fans to dig into. I am confident time will be kind to this, dark, emotional, beautiful yarn.

VICTOR FRANKENSTEIN is now available on blu-ray and DVD. 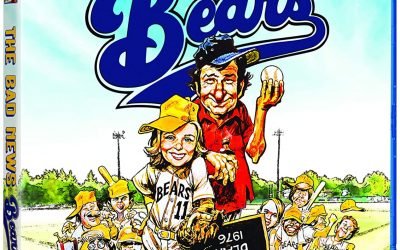 Documentarian Tony Newton's latest, OH! THE HORROR: FROM CELLULIOID TO SNUFF, has a street date of...