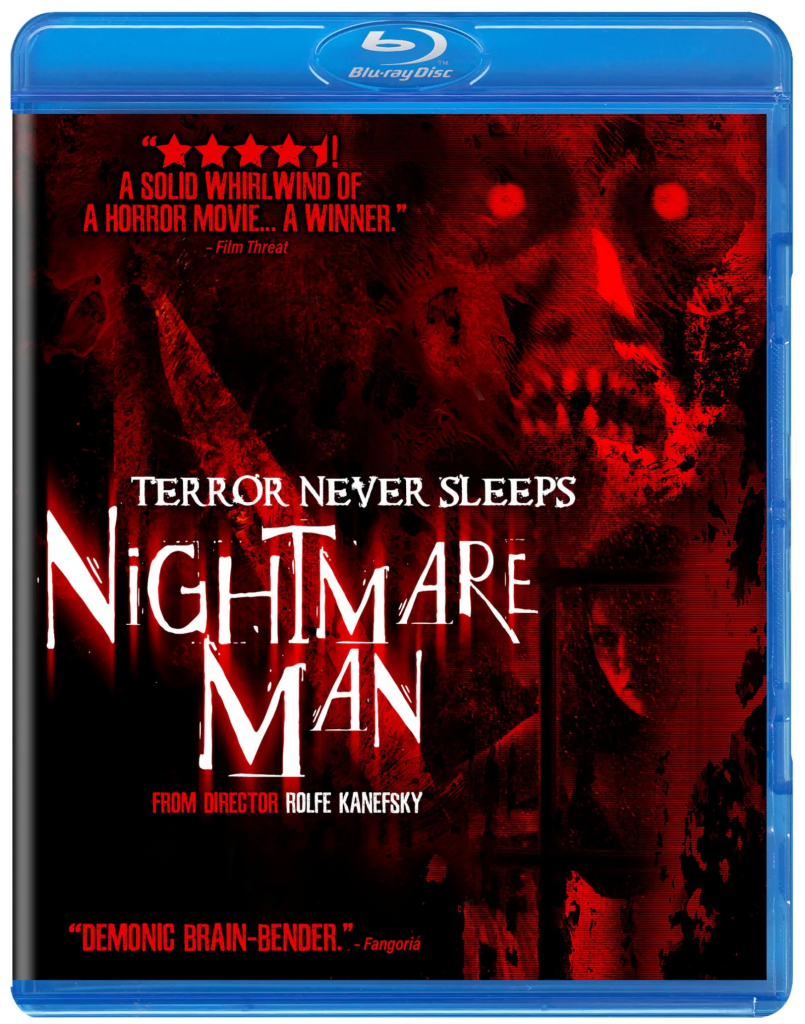 Rolfe (THERE’S NOTHING OUT THERE) Kanefsky’s 2006 mind-bending mountain shocker NIGHTMARE MAN is landing on Blu-ray October 24th from Ronin Flix and includes new special features from Reverend Entertainment. You can pre-order at RoninFlix.com. Details below.

“A solid whirlwind of a horror movie with more twists and turns than a hula hoop competition… a winner.” – Amanda Reyes, Film Threat

Ronin Flix is proud to present Rolfe Kanefsky’s award-winning horror film, Nightmare Man, on blu-ray for the first time with over 60 minutes of extras including a new interview featurette.

From writer / director Rolfe Kanefsky comes “a brilliant gem of independent horror …” (Jane Magazine). After receiving a demonic African mask in the mail, Ellen Morris (Blythe Metz) is attacked in her dreams by an evil being she calls ‘Nightmare Man’ and is labeled a paranoid schizophrenic by both her Doctor and her husband. When Ellen is brutally attacked again, this time after being abandoned on the side of the road while being transported to the hospital, she flees for her life and stumbles upon a remote cabin filled with friends. Unsure if the demon is real or not, everyone at the house unknowingly becomes prey to Ellen’s mysterious and ever elusive killer. A throwback to the terrifying slasher films of the 1980’s, Nightmare Man is “one hell of a fun ride” that will keep you guessing until the very end (Horror-Asylum.com) .

* Rated R for horror violence, gore, some sexuality/nudity and language