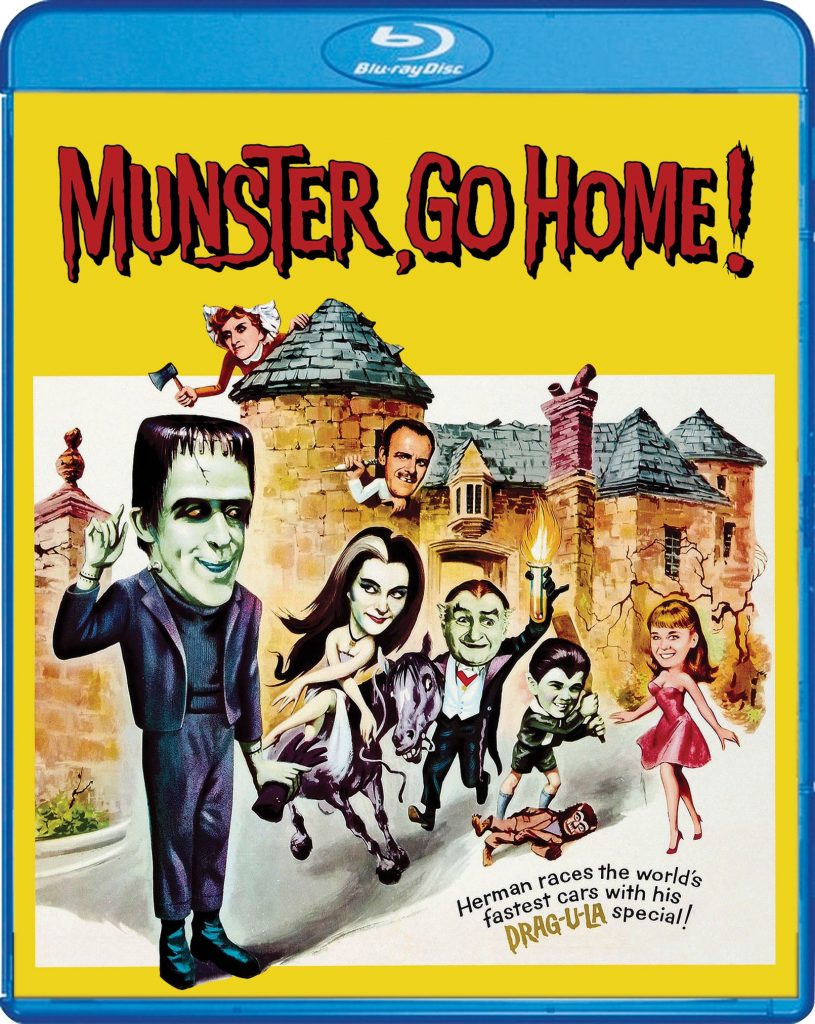 As a lifelong fan of The Munsters I am excited to announce I and my Reverend Entertainment are producing the just-announced MUNSTER, GO HOME! Putting some very unique special features together for this one, to be announced at a later date. Blu-ray from Scream Factory. The street date for this long overdue title is 3/31/20 and pre-orders are now open at ShoutFactory.com.

Herman inherits a mansion in England and moves the family into an estate full of ghosts and other surprises. Also starring Terry-Thomas (The Abominable Dr. Phibes), Hermione Gingold (Bell, Book And Candle), Richard Dawson (Hogan’s Heroes), Bernard Fox (Arnold) and horror film legend John Carradine (The Howling), and directed by TV veteran Earl Bellamy who directed episodes of the original series, Munster, Go Home! is a spookily splendid return for the first family of fright!