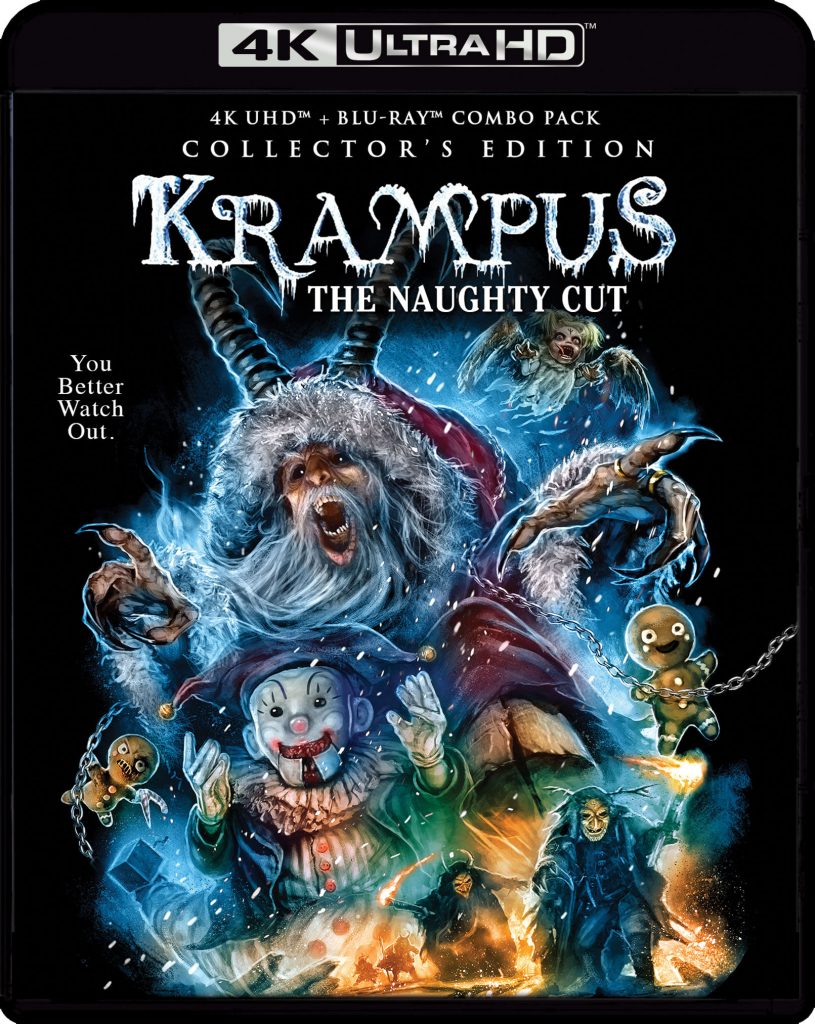 Director Michael Dougherty’s contemporary classic KRAMPUS comes to 4k Blu-ray December 7 from Shout! Factory and includes a packed lineup of new special features from my Reverend Entertainment. On top of it all is a new extended Director’s “Naughty” Cut of the movie as Dougherty intended it be seen. You can pre-order at ShoutFactory.com, Amazon, and wherever discs are sold. Details below!

For the first time, the naughty (not nice) cut of Legendary Entertainment and Universal Pictures’ Krampus is on its way just in time to ruin your holidays!

When his dysfunctional family clashes over the holidays, young Max is disillusioned and turns his back on Christmas. Little does he know, this lack of festive spirit has unleashed the wrath of Krampus: a demonic force of ancient evil intent on punishing non-believers. All hell breaks loose as beloved holiday icons take on a monstrous life of their own, laying siege to the fractured family’s home and forcing them to fight for each other if they hope to survive.

KRAMPUS: THE NAUGHTY CUT restores key dialogue and scenes that had to be trimmed from the original theatrical release in order to appease the MPAA. Supervised by filmmaker Michael Dougherty, this is the definitive version of the holiday cult classic for the entire family to enjoy.