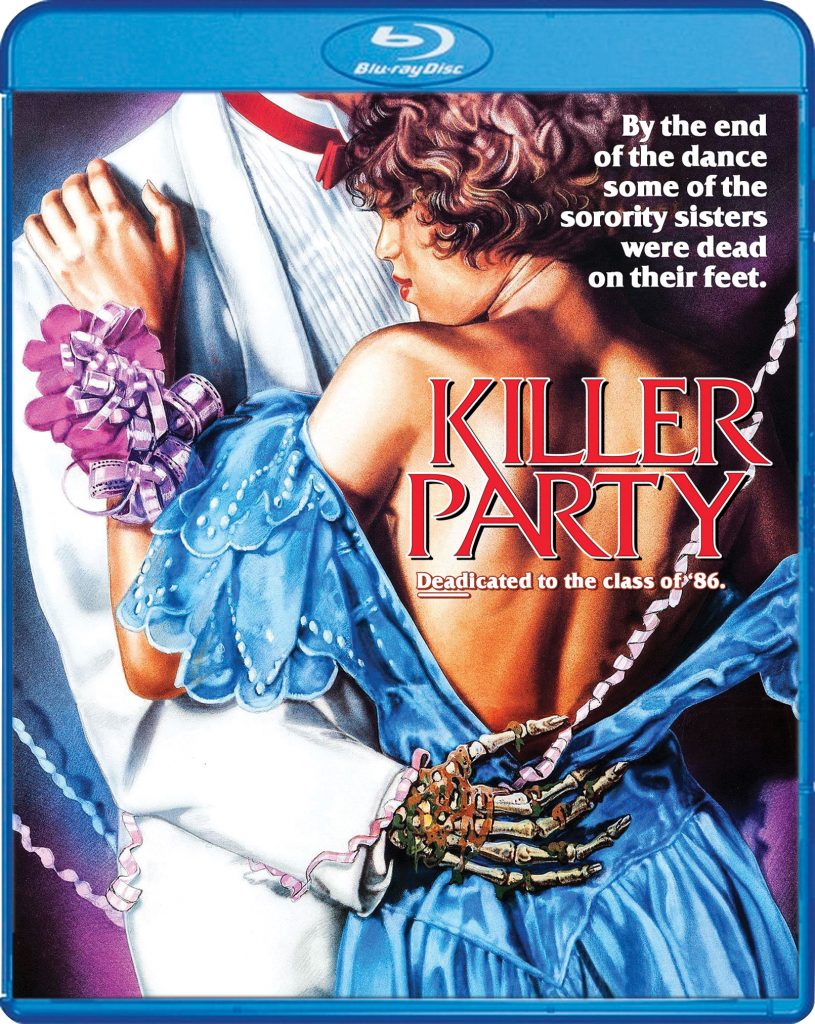 For years I held onto my VHS tape of KILLER PARTY assuming the Canadian-lensed gem was unlilely to move beyond the format, which makes it even more exciting to announce the film is now available on Blu-ray from Shout! Factory. My love for the movie led to a packed lineup of Collector’s Edition-scale features from my Reverend Entertainment that includes an extended featurette on the band White Sister. A thrill to be part of, you can now order KILLER PARTY at ShoutFactory.com, Amazon, or wherever you get your discs.

SYNOPSIS
It’s April Fool’s Day and the sisters of Sigma Alpha Pi believe they’ve found the perfect place to throw a party: the abandoned fraternity house where a guillotined pledge once lost his head in a hazing gone awry. But shortly after their revelry begins, the student body count starts to rise as the vengeful pledge returns from the grave and makes it a party to die for. Featuring appearances by Paul Bartel (Death Race 2000, Chopping Mall) and Martin Hewitt (Endless Love, Alien Predators) and the debut of Joanna Johnson (who would graduate a year later to her longtime best-known role on The Bold And The Beautiful), Killer Party was written by Barney Cohen (Friday The 13th: The Final Chapter) and directed by William Fruet (The House By The Lake, Spasms, Funeral Home).