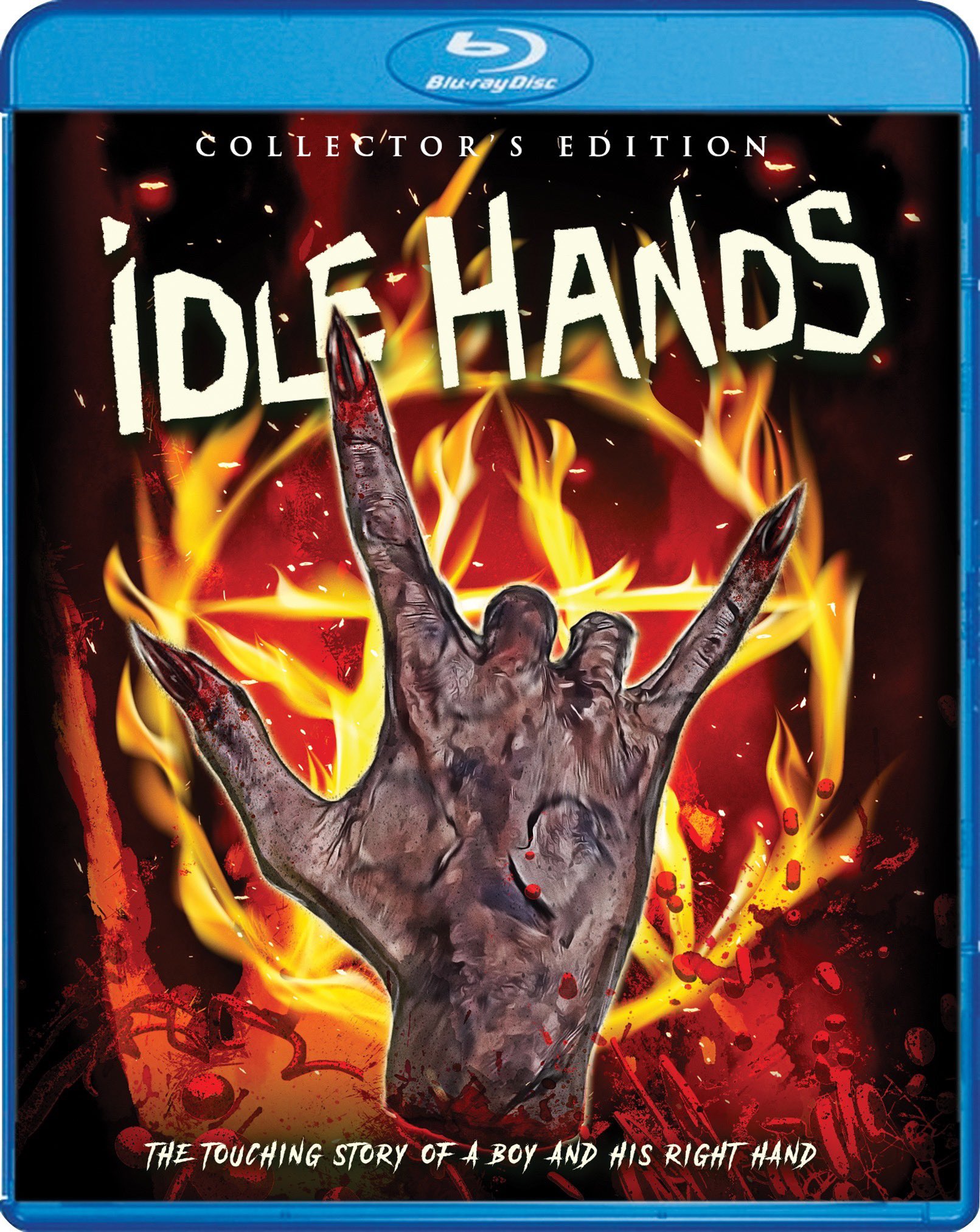 Shout! Factory’s Collector’s Edition Blu-ray of IDLE HANDS is now available at ShoutFactory.com and everywhere else discs are sold. This release sports new special features from my Reverend Entertainment, slip cover, reversable cover with new and original artwork, and more. Details below.

“Hilarious. It’s even funnier than it is scary!” – Jeff Craig, SIXTY SECOND PREVIEW

The Devil will find work for idle hands to do … so what happens when he chooses the laziest teen slacker in the world to do his dirty work?

Anton Tobias (Devon Sawa, Final Destination) is a channel-surfing, junk-food-munching, couch-potato burn-out who can’t control the murderous impulses of his recently possessed hand. With the help of his zombiefied buddies, Mick (Seth Green, Austin Powers: International Man Of Mystery) and Pnub (Elden Henson, Daredevil), Anton’s got to stop the rampaging devil appendage before it takes total control of his life and ruins any chance he has with class hottie Molly (Jessica Alba, Dark Angel). Vivica A. Fox (Kill Bill) and Jack Noseworthy (Event Horizon) co-star in this wickedly funny horror comedy.