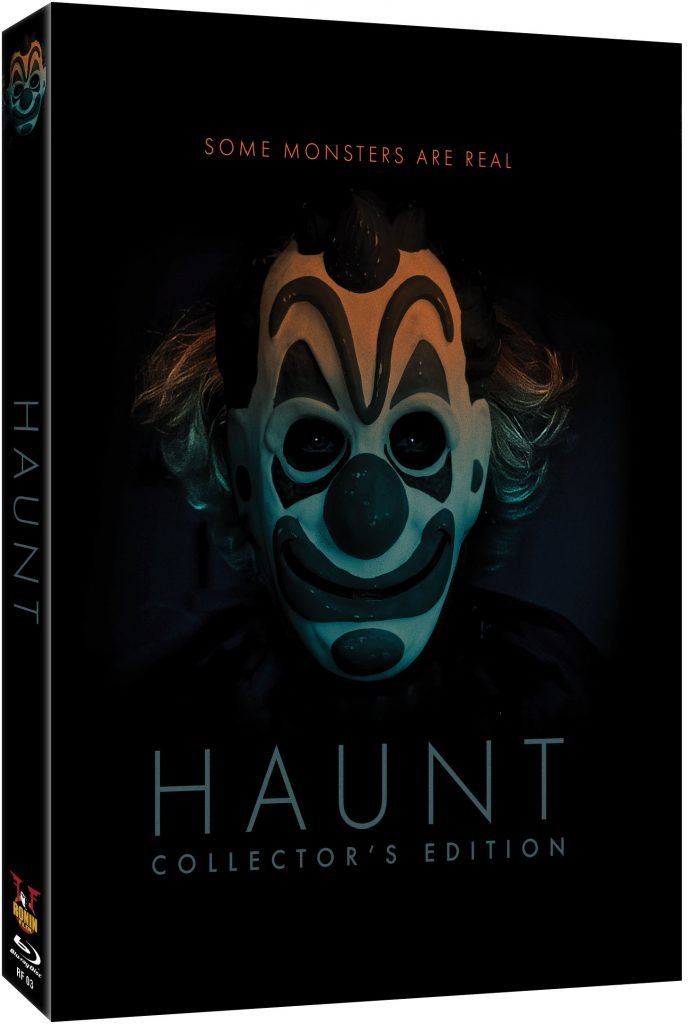 HAUNT is now available from Ronin Flix in a limited edition 2-disc boxed set as well as a standard single disc edition. This is the first time the contemporary Halloween season favorite from Scott Beck and Bryan Woods has been on Blu-ray.

The 2-disc box includes the tomandandy score CD, exclusive to this set, as well as posters, enamel pins, and magnets. Both the box and standard versions contan the same special features, including new content from my Reverend Entertainment. The box is limited to 5,000 copies.

On Halloween, a group of friends encounter an “extreme” haunted house that promises to feed on their darkest fears. The night turns deadly as they come to the horrifying realization that some nightmares are very real.