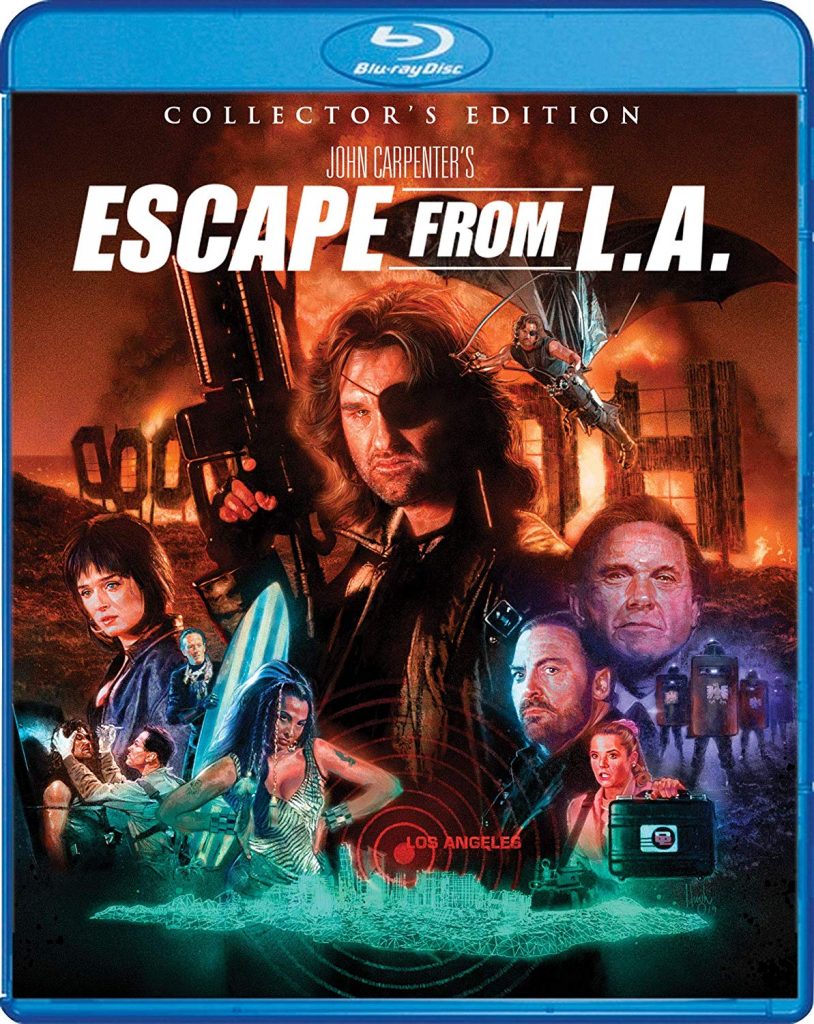 Shout! Factory and Scream Factory have announced their upcoming Collector’s Edition Blu-ray of John Carpenter’s ESCAPE FROM L.A. that will include new special features from my Reverend Entertainment. The disc lands April 28, 2020 and can be pre-ordered at ShoutFactory.com and everywhere you get your discs. When ordered from Shout! directly you also get a rolled poster of the new cover art. Special features will be announced at a later date.

Snake is back! Kurt Russell rejoins filmmakers John Carpenter and Debra Hill to do to Los Angeles what they did to the Big Apple in Escape From New York – with even more futuristic thrills and big action!