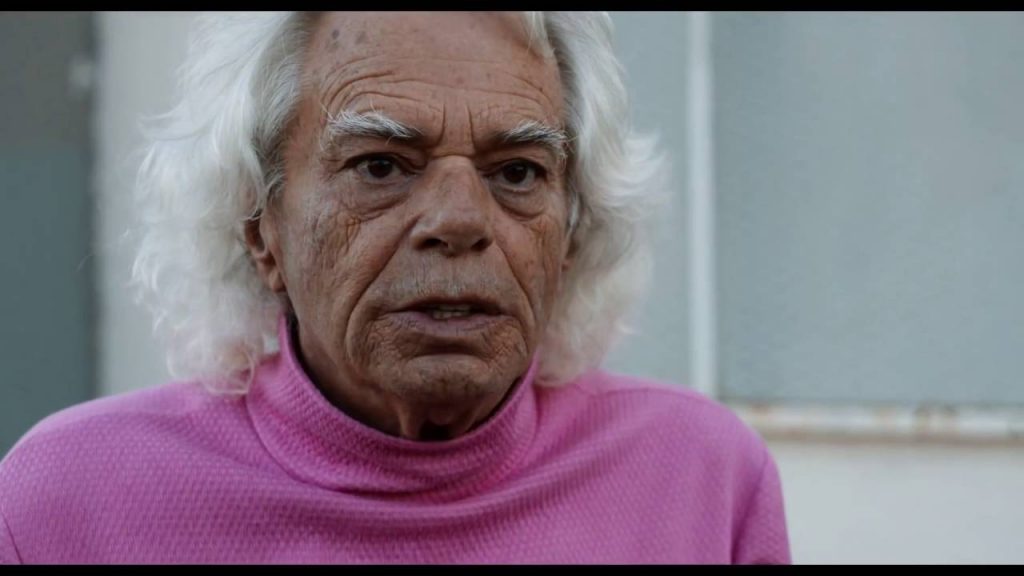 While his roots are in the stage and hairdressing, Michael St. Michaels (Michael Rappaport) has carved a cinematic niche in fringe classics like THE VIDEO DEAD (1987), and most notably, THE GREASY STRANGLER (2016). It was GREASY that brought Michael to the masses as Big Ronnie, an uncompromising oily food-obsessed dad by day, disco dancing murderous monster by night. And then there’s the “big mouses’s head” and frequent trips to the car wash. It is an unforgettable turn in one of the most bizarre, wonderfully original films in recent history, and Michael is the heart of it all. We touch on GREASY, what led him to hairdressing (a certification he only recently let lapse), the ups and downs of getting by in the business, and how life can be turned around in your 70s.

In addition, in the wake of the trailers for PET SEMATARY and CHILD’S PLAY dropping, I dig into discussion on remakes and reboots.

Fright Rags is a proud sponsor of the Justin Beahm Radio Hour! Be sure to listen to the episode for a special JBRH listener coupon code, and hit up Fright-Rags.com for all the latest in horror wearables and collectibles. NEW at Fright Rags are their officially licensed My Bloody Valentine 3D, Poltergeist/Poltergeist II, and Amityville Horror collections!
SHOP NOW!