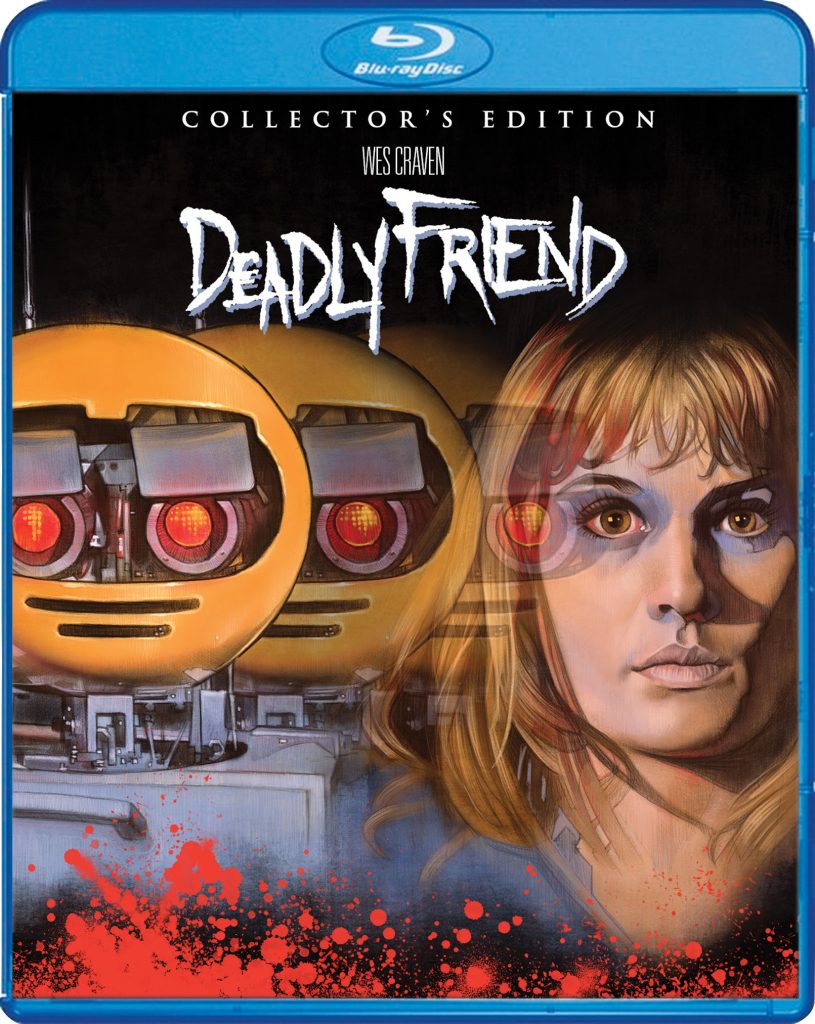 Wes Craven’s DEADLY FRIEND rolls onto Collector’s Edition Blu-ray from Scream Factory Ocrtober 12. The new special features from my Reverend Entertainment have been revealed and contain new interviwes with star Kristy Swanson, composer Charles Bernstein, and more! If you pre-order at ShoutFactory.com you will get a rolled poster along with your disc in October. Details below.

“Three and a half stars …. A Breakfast Club version of The Bride of Frankenstein.” – Joe Bob Briggs

From director Wes Craven (A Nightmare On Elm Street, Scream) comes a terrifying tale of technology gone haywire! Lonely teenage genius Paul (Matthew Labyorteaux, Barbarians At The Gate), a specialist in brain research, has two best friends: his remarkable robot … and the beautiful girl next door (Kristy Swanson, Buffy The Vampire Slayer). When tragedy strikes both of his friends, he desperately tries to save them by pushing technology beyond its mortal limits into a terrifying new realm. Like a modern-day Dr. Frankenstein, Paul discovers too late that he has created a rampaging monster! “Deadly Friend is a witty ghoul story … [it] deliberately teeters on the edge of spoof” (The New York Times).