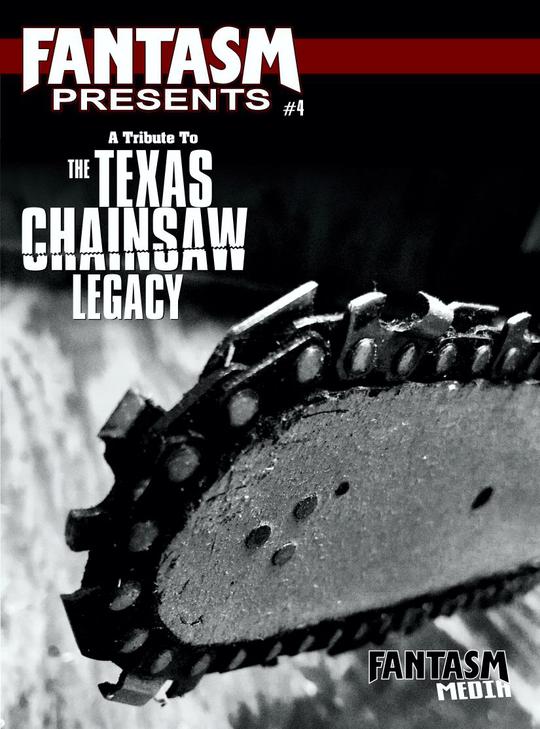 Fantastm Media, the publisher behind official KISS, Ace Frehley, and George Romero magazines in the past, is unleasing their latest tribute publication with The Texas Chainsaw Legacy, now open for orders and shipping at Fantasm-Media.com. This ultimate celebration of all things CHAINSAW is a marvel, and I am honored to have contributed two pieces to it. The first is a celebration of Tobe Hooper’s influence on cinema, and the second is a wonderful in-depth discussion with TEXAS CHAINSAW 3D director John Luessenhop. There are two versions available: standard, and one signed by “Grandpa” himself, John Dugan. Many great writers on board, and publisher Brian Steward went above and beyond in detail and examination of this cornerstone film franchise.

Fantasm Presents #4: A Tribute To The Texas Chainsaw Legacy
In 1974, independent cinema was changed forever when Tobe Hooper’s original film hit screens.  Since then, the characters have been seen in sequels, reboots, comic books, video games and as toys, Halloween costumes and more.

This sprawling account of the Sawyer/Hewitt family is packed from top to bottom with interviews from John Dugan, Bill Moseley, Caroline Williams, Bob Elmore, R.A. Mihailoff, Jeff Burr, John Luessenhop, Dan Yeager, and Seth M. Sherwood. But it doesn’t stop there! We also have a look at the Texas Chainsaw legacy beyond the films as well as the profound effect The Texas Chain Saw Massacre had on Japanese horror fans, along with a cool Japanese TCM poster gallery!

Then, we go dark in an examination of serial killer Ed Gein (who much of the Leatherface persona is based on) and a medical doctor gives us an up-close (and quite uncomfortable) look at what death by chainsaw would really be like.

No worries! We’ll carefully package your collectible magazine inside a magazine bag with a magazine board, and then shipped inside a rigid mailer. We’ll do our best to ensure it reaches your doorstep in the best condition possible.