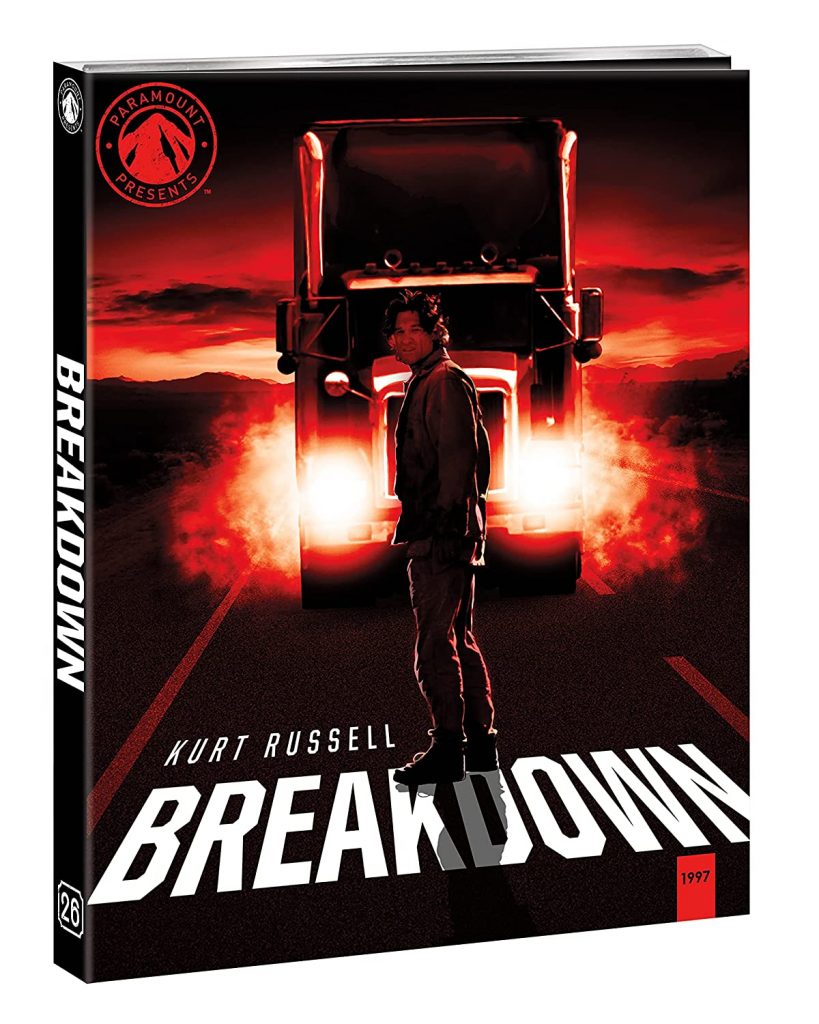 Jonathan Mostow’s BREAKDOWN is now available on expansive Blu-ray as part of Paramount’s exceptional Paramount Presents line. The release is packed with new special feaures from my Reverend Entertainment and includes a new commentary with star Kurt Russell and Mostow, the full alternate opening, and more. BREAKDOWN is available on Amazon and wherever you get your discs. Details below. 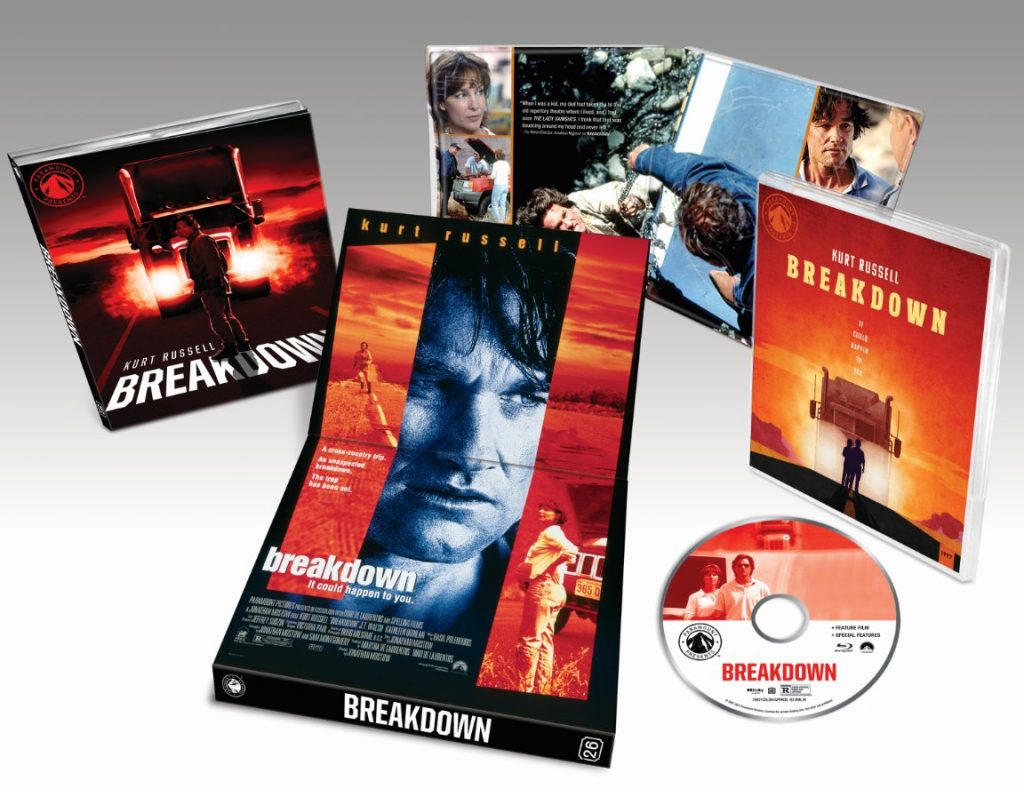 Skillful and suspenseful, Paramount’s beloved thriller BREAKDOWN comes to Blu-ray in a director-approved remaster, from a new 4K film scan. Kurt Russell is Jeff Taylor, headed toward a new life in California with his wife Amy (Kathleen Quinlan). When their car dies on a remote highway, a seemingly helpful trucker (J.T. Walsh) offers Amy a ride to the local diner while Jeff waits with the car. Then Jeff discovers his vehicle was deliberately tampered with, and by the time he gets to the next town, his worst fears are about to come true. This limited-edition also includes new special features, including a look at the never-before-seen alternate opening, and an audio commentary with director Jonathan Mostow and star Kurt Russell.