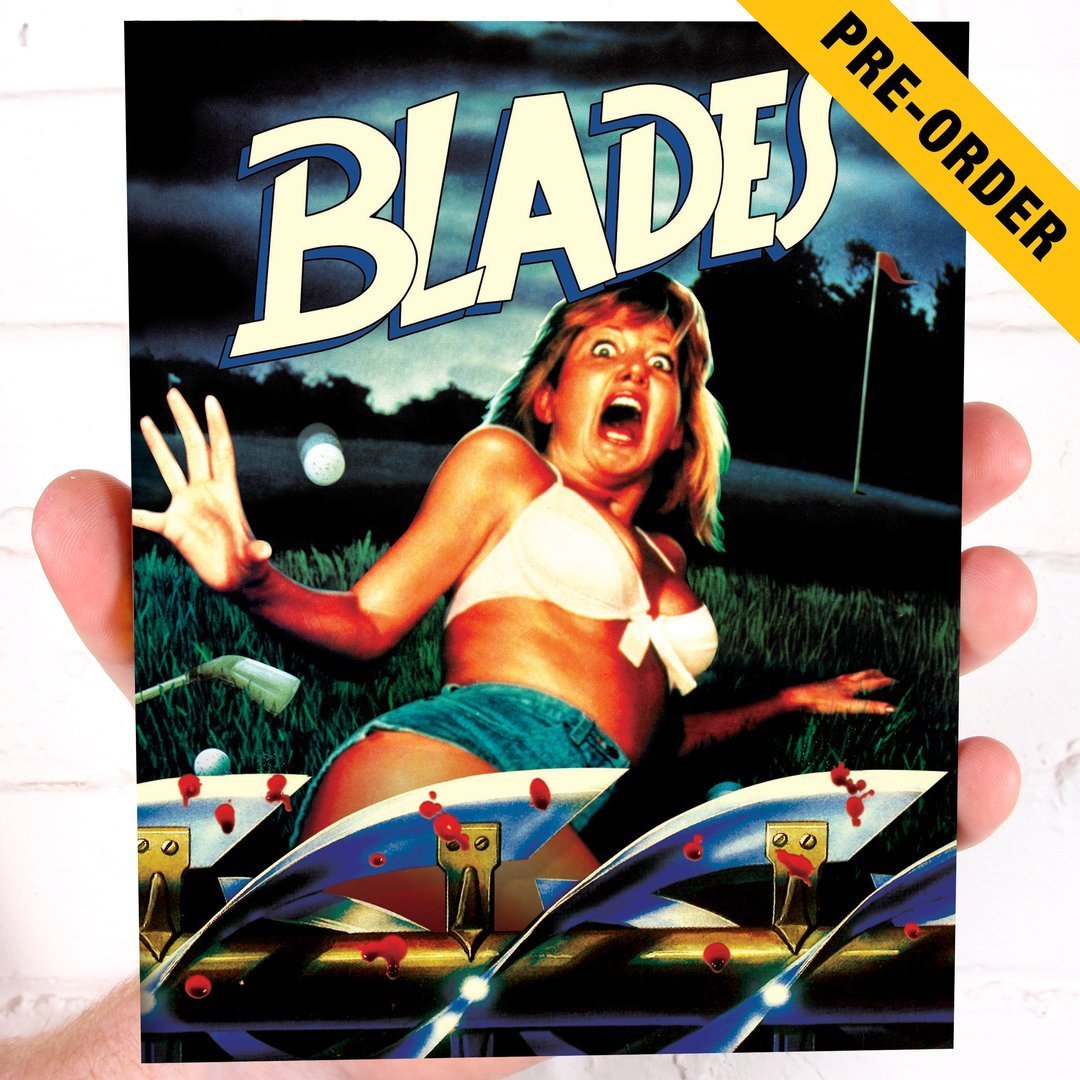 BLADES, the world’s finest killer lawnmower JAWS homage film, is headed to Blu-ray September 28 from the fine folks at Vinegar Syndrome, and includes a new documentary edited by Reverend Entertainment. This movie is a lot of fun and I am thrilled Vinegar dusted it off and dressed it up for this release. Was a blast to cut together. You can pre-order at VinegarSyndrome.com. Details below.

This special limited edition embossed slipcover (designed by Earl Kessler Jr.) is limited to 5,000 units and is only available here at VinegarSyndrome.com!

The Tall Grass Country Club offers its members a luxury getaway, with all the best in sport and relaxation. But when a mangled body is discovered on the club’s prized golf course, right before a nationally televised tournament, panic ensues at the possibility of a killer on the loose, and even worse, that the death might cause some bad press. Enlisting the expertise of Roy, a has been golf pro, along with disgruntled pro-hopeful, Kelly, to unmask the culprit behind the carnage, the club’s hard nosed owner soon finds himself with even bigger problems when additional victims begin to turn up, and all signs point to the killer being an out of control, bloodthirsty lawn mower!

A highly original send up of Jaws, from the makers of Girls School Screamers, Thomas R. Rondinella’s BLADES is goofy, gory, and more than a little bit absurd. Vinegar Syndrome presents the worldwide Blu-ray debut of this Tromatic classic, freshly restored in 2K from its 35mm original negative and featuring an in-depth making-of documentary.